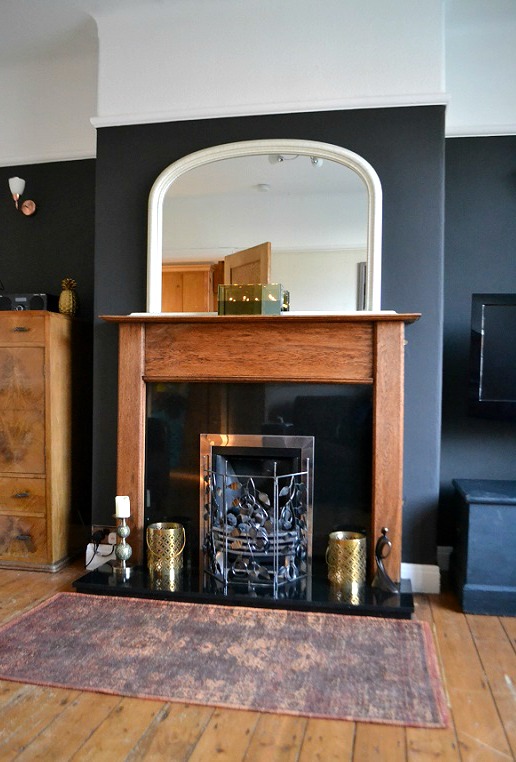 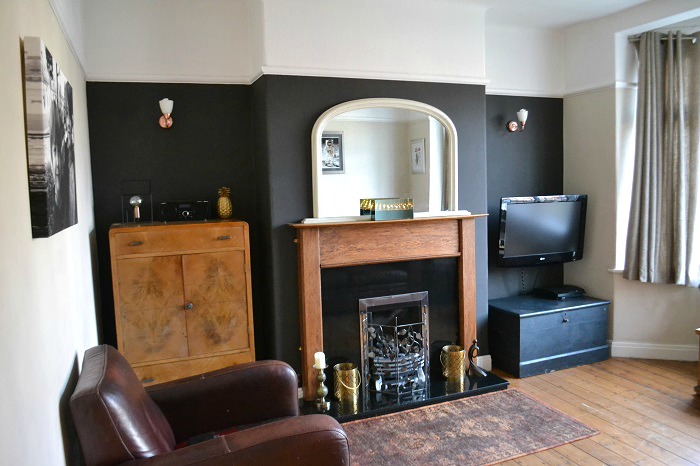 After I had used Crown’s Fashion for Walls paint in a shade called Genuine in my son’s bedroom makeover, I had to tweet them to let them know how happy I was with the colour and coverage of their paint.  That led to a chance meeting on the twitter feed with an Interior Designer, Karen Knox who had been researching petrol blue paint and brick combinations like that in my son’s room, so we got chatting a bit online and when I discovered Karen’s website, Making Spaces I was immediately struck by her great sense of style.  I wanted her photographs to be my home!  ‘Look,’ I said to a mildly bewildered husband, ‘this is how our home should be.’

What has this to do with Crown paint and black walls?  Well, it turns out that Karen had herself been impressed with a particular Crown paint – one she’d used to great effect in a living room makeover, called Night Fever.

Now under normal circumstances I would never have considered painting a wall in my living room black.  Ever.  Don’t get me wrong, I’ve got a penchant for chalkboard paint and in fact have such a wall in our kitchen, but the living room?  Well that was until I saw Karen’s Crown Night Fever wall.  How classy does it look? 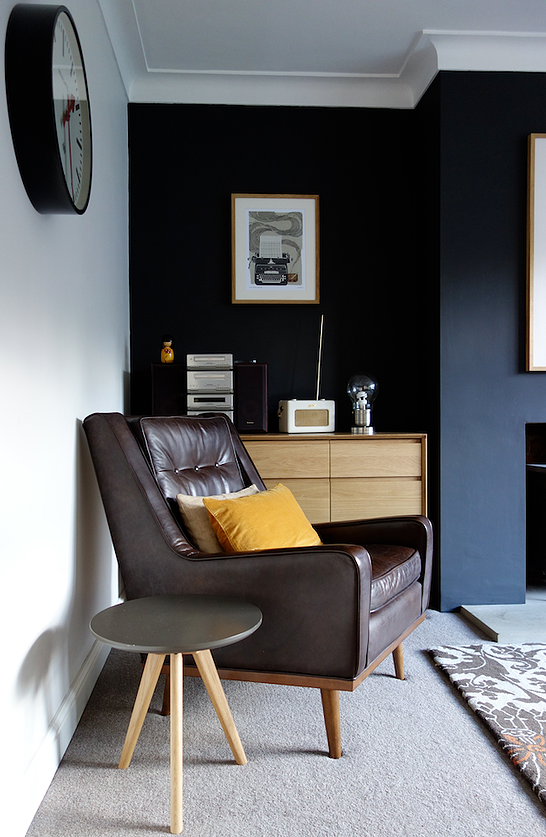 I felt inspired to try the look in our front room where we have similar alcoves and Crown supplied the Night Fever paint in matt emulsion for the purpose of my project, which was very kind. 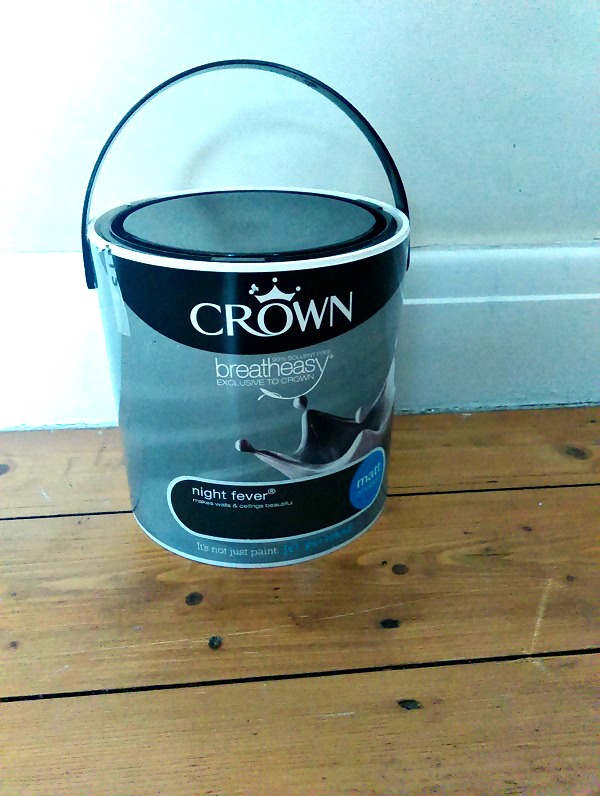 Last weekend came and I could not wait to begin.  But this is black paint, so I had to resist ‘winging it’ like I normally would do and instead tackle it methodically.  I took the time to dust everything, refresh the skirting board and picture rail with white satin paint, let those dry properly, then mask them off with frog tape.  Oh and I wanted to spray paint my shiny chrome wall lights with copper paint, so that had to be done too. 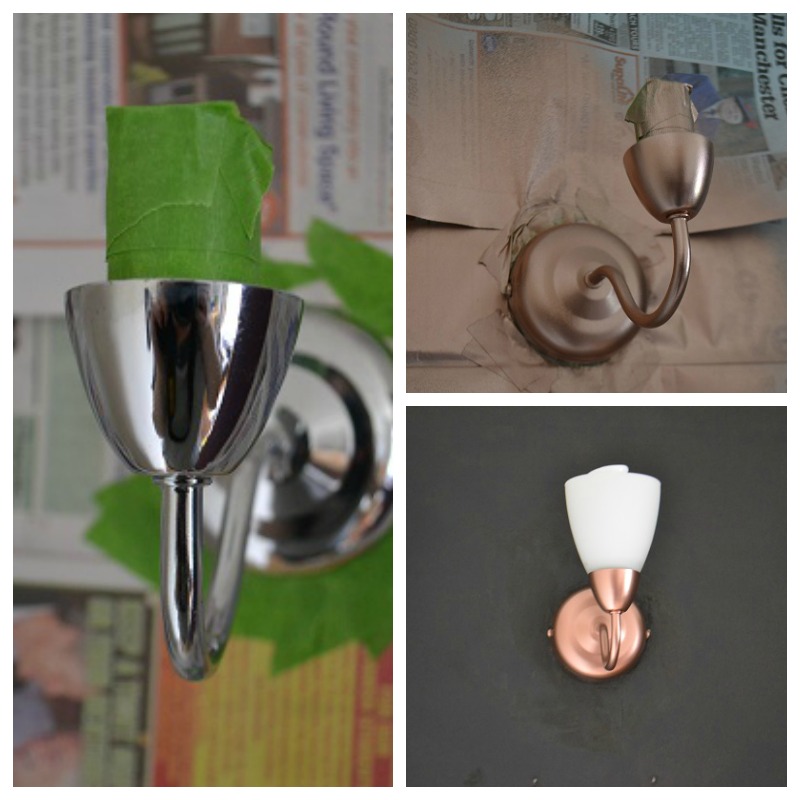 I was concerned about my ability to get a crisp line at the edges of the walls where they meet the neutral paint on the adjacent walls – you can sometimes get away with a bit of freehand cutting in with a paint brush, and even ignore the odd wobbly line when the colours are light or similar in tone, but black against neutral would not be so forgiving.  So more frog tape was needed.  Here are a few phone snaps taken part way through… 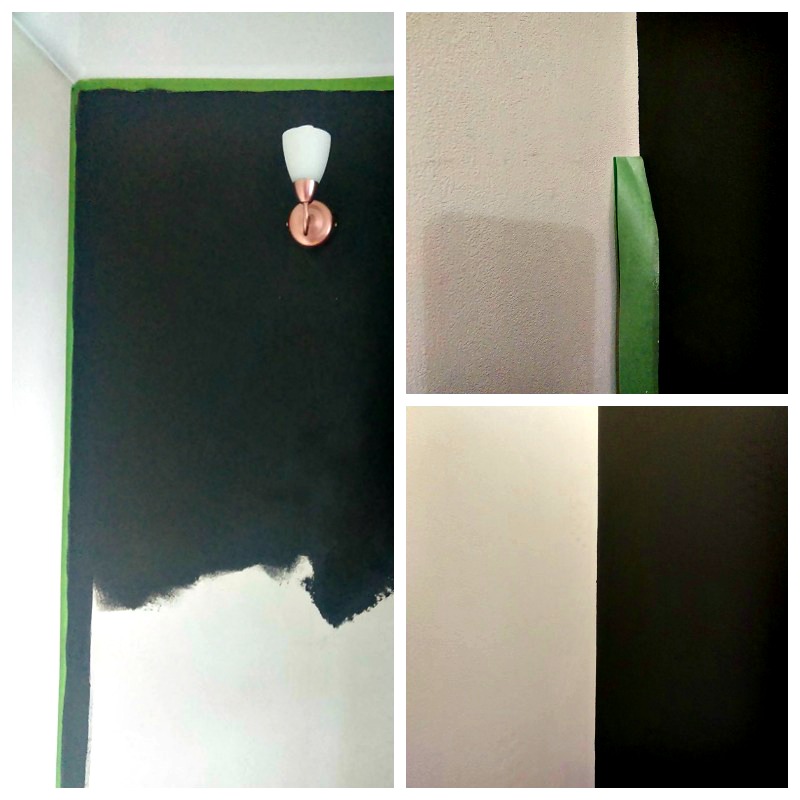 All this took the longest time!  Once I finally began rollering on the Night Fever, that part was a doddle.  It covered really well even with one coat, but I had lots of paint left so once it was dry I painted on another coat and there was a richer finish to it, so I’m glad I did.  Peeling off the green tape later and seeing a sharp edge was very satisfying!  All the prep was well worth the effort. 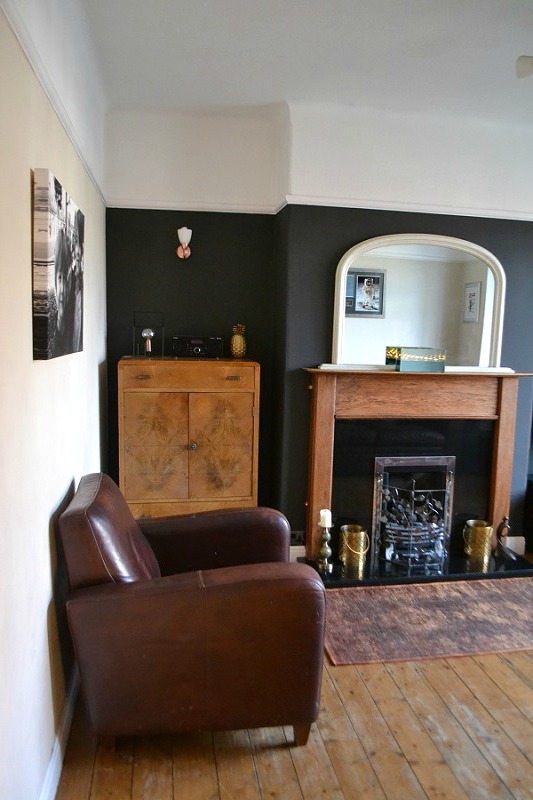 Karen’s advice when trying this look is to take the dark paint right across the entire wall; if you just painted the chimney breast it would be too looming and I do agree with that (the same problem we had before when the chimney breast was painted a dark purple).

The room isn’t finished yet, I still need to emulsion the neutral walls (not changing the colour much, just freshening it up) and I want to get a new ceiling pendant light and some cushions for the sofa you can’t see on the other wall.  I bought a cute little black and copper ‘house’ lamp from BHS recently which fits the scheme well: 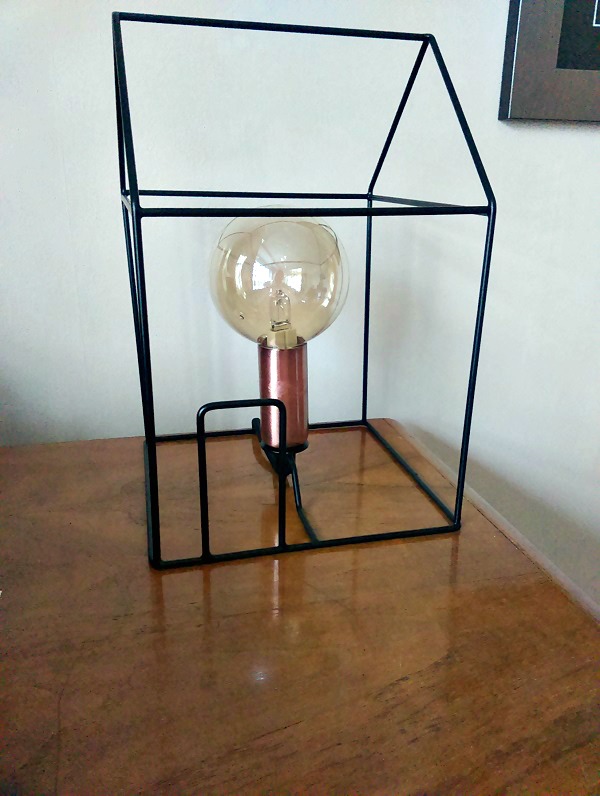 We’re going to have to paint or varnish the floorboards soon too as they look pretty worn in patches.  It’s not perfect – and not as gorgeous as Karen’s room – but I am pleased with the result.  I don’t regret the black feature wall one bit, I love it!

A little look at the before and afters… 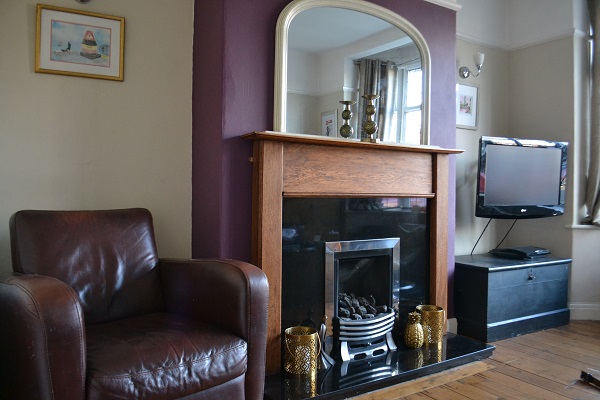 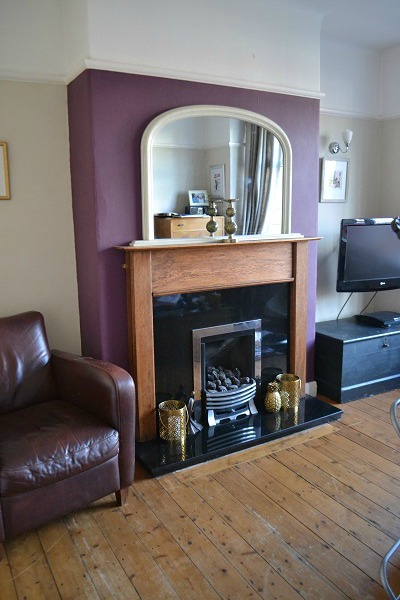 I love the transforming power of paint, don’t you?

Thank you to Karen at Making Spaces for providing the inspiration and to Crown for supplying the Night Fever paint. 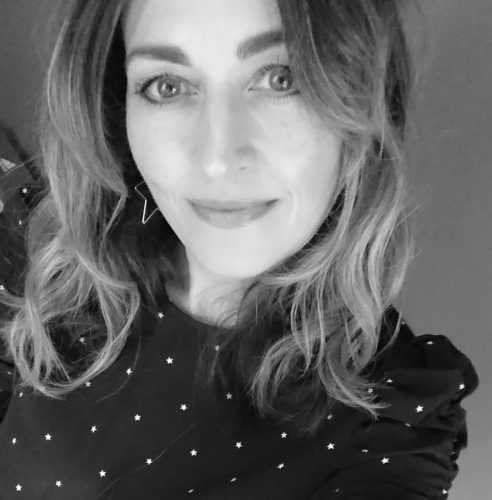 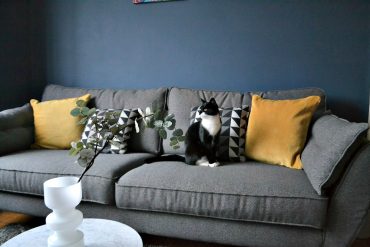 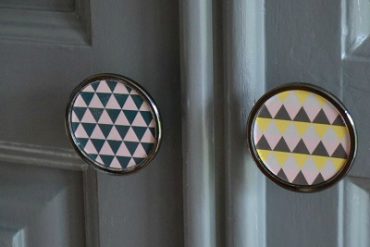 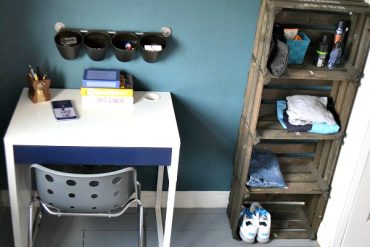 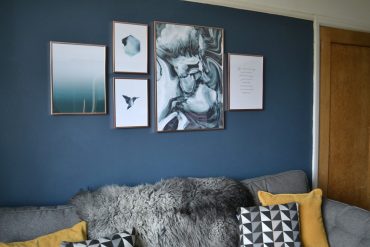 Create a Cool Picture Wall for Your Home with Desenio 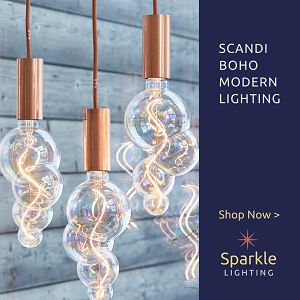 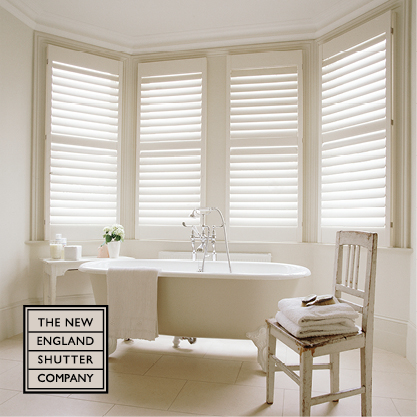 Do You Have Trouble Finding Time To Clean The Home?