I might have mentioned on the Tidy Away Today facebook page yesterday, just how much I love things that are made out of felt.  Felt is a great fabric for crafts and I adore any material with texture.  I also love bunting, of any description, so felt bunting… gah, what’s not to love?!

During the school holidays, some house and home projects have not really been high on the agenda, but this is one I’ve been intending to do once the painting was finished in Gabriel & Beau’s shared bedroom and I knew it wouldn’t take very long.

So, the inspiration for this goes back to when I saw this image on Pinterest via ‘Home & Delicious’ (a gorgeous Icelandic blog and magazine which you should definitely check out if you haven’t already). 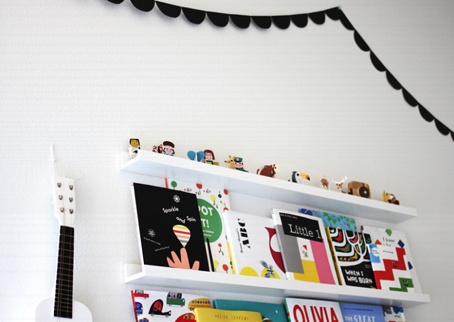 At the time I saw this everyone was going for the Kath Kidston type floral flag bunting in a big way, which I knew wasn’t going to feature anywhere in our male-dominated household.  So when I saw the black half moon bunting strung up against a crisp white wall I immediately fell for it!  That would definitely be ok in a boys room.  So I pinned the idea and returned to it later when I created a bit of pallet-style artwork that needed a finishing touch. 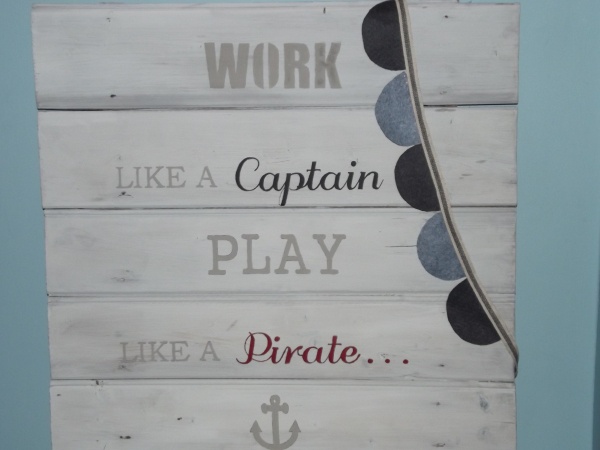 But for the boys bedroom I really fancied making some all in black, since I’ve had in the back of my mind a slightly ‘pirate inspired’ theme for in there, which would work.

However, I had a sudden burst of inspiration – ombre bunting!

All that’s needed to make this bunting is the following, it’s a no-sew project, people 🙂 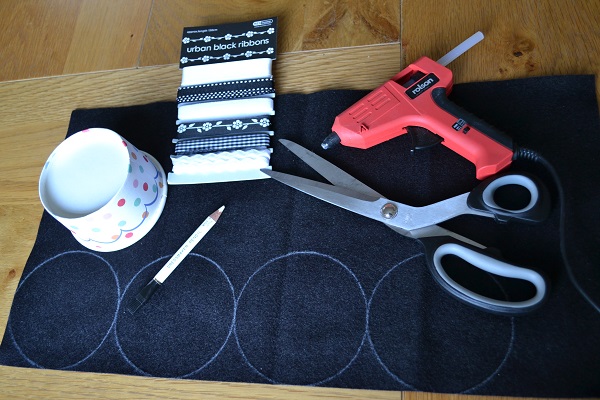 I ditched the fancy ribbon in the end as I wanted plain black ideally, plus the pieces weren’t long enough – so I just used some black bias binding instead.  I simply ‘hot-glued’ in the felt half moons that I cut out.

The ombre idea is hardly a revelation, but since I happened to have some felt in black and two shades of grey, I thought I’d try it out. 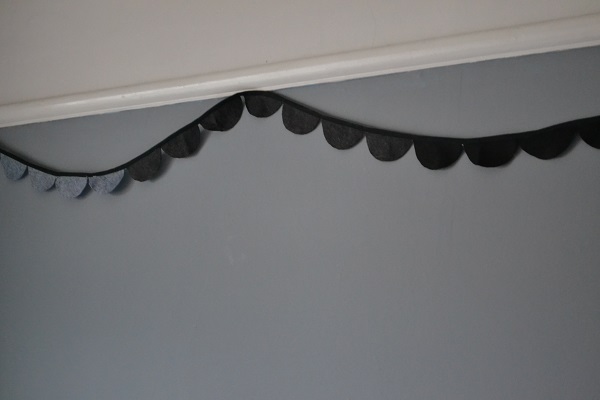 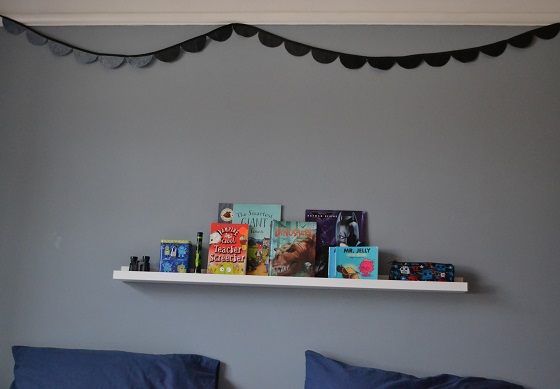 Oh and we added that little Ikea picture shelf recently, which is handy to have over the beds.

I can’t show the whole of the room as we’re not there yet, but here’s a quick before and after of that wall behind the beds, that began life sky blue before being given a coat of grey. 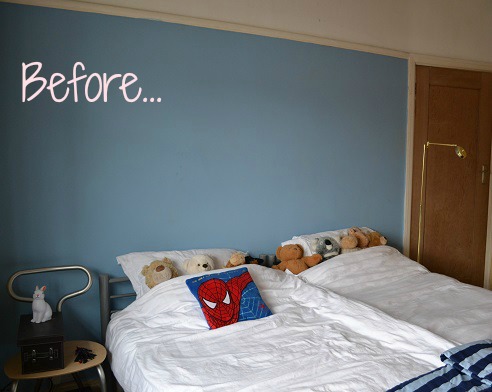 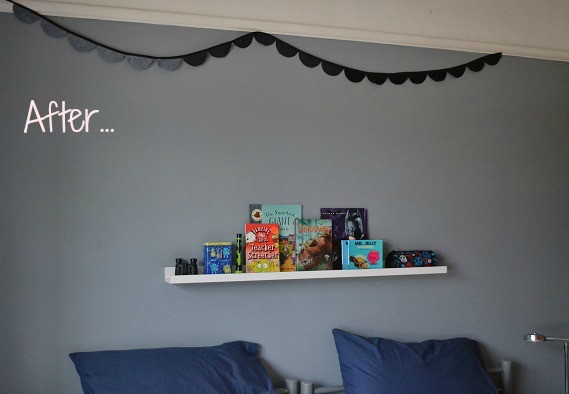 We’ve still got roller blinds to cut down for the windows in here and to paint the floorboards!  Still a way to go, then, but since this bunting has been on my forever list, at least I can cross it off.  It was fun to do a little crafting and only took an hour or so – result!