A Thrill Of Pleasure When It Falls Upon Their Ear

More often heard than seen, the cuckoo tends to be a shy bird. Yet, for centuries we have been punctual thanks to our feathered friend’s call. Let’s go back in history to see where it all began for the cuckoo clock.

Writing eloquently in his 1849 book Natural History: Birds, English naturalist Philip Henry Gosse described the delight he experienced upon hearing the first coos of the season:

There are few who do not feel a thrill of pleasure when it falls upon their ear. But more especially when, for the first time in the season, it is heard in a lovely Spring morning, mellowed by distance, borne softly from some thick tree, whose tender, and yellow-green leaves, but half-opened, are as yet barely sufficient to afford the welcome stranger the concealment he loves. At such a time it is peculiarly grateful; for it seems to assure us that indeed, winter is past. 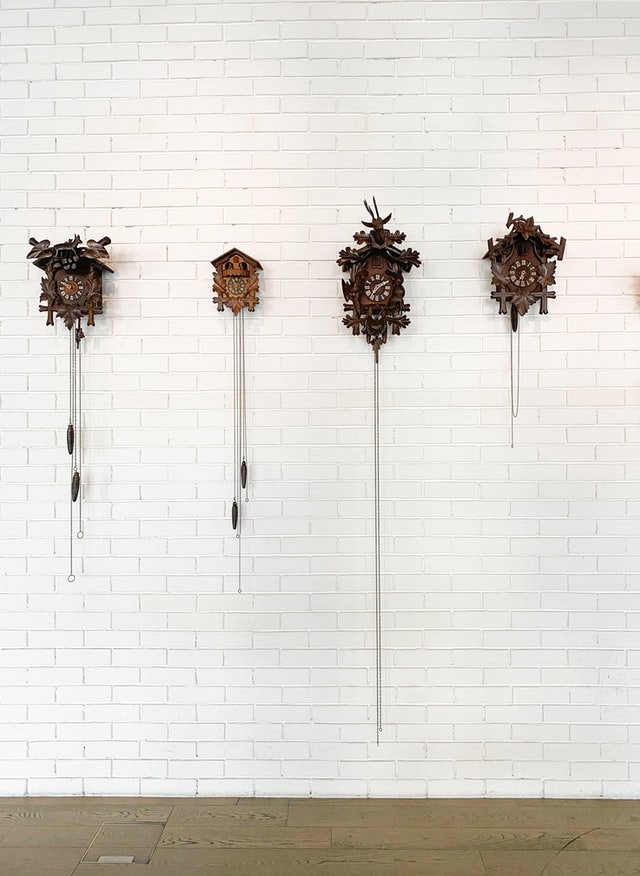 Indeed probable, although often associated with Switzerland, cuckoo clocks were most likely invented in Germany around the 17th century. I use the word “probable” because of the unclear origins of cuckoo clocks and its invention remains a subject of debate among watchmakers.

The cuckoo clock, some time ago, was attributed to a prominent clockmaker, resident of the Black Forest village of Schönwald, Franz Anton Ketterer. Ketterer is believed to have created the cuckoo clock in the 1730s, drawing inspiration from the bellows of church authorities to regulate technology in place of the bells commonly used in clocks. This fabricated theory first appeared in a relatively popular 1979 book, The Cuckoo Clock in the Black Forest. For such an iconic timepiece, there is surprisingly little writing on cuckoo clocks. While the origin of the cuckoo clock is still a mystery, evidence suggests the existence of similar objects, albeit more primitive, at least for the mid-17th century – about 100 years before Ketterer is said to be the inventor. Either way, the familiar cuckoo clock we know and love today, the clock that hung in our grandparents’ homes, was certainly perfected by very talented craftsmen, that’s a given.

In traditional cuckoo clocks, the sound “coo-coo” is produced from a bellows system. The distinctive two-note charm is produced by these bellows that force air through two wooden whistles to reproduce the sound. The gears of these traditional timepieces are regulated by a pendulum and a system of two or three weights, traditionally shaped like pinecones, which fall at regular intervals of one or eight days, depending on the model of the watch. One weight, along with the pendulum, is used to keep the watch gears running while the other controls the bird popping out. Clocks that play music and chime will have a third weight. After a century of development where wood was replaced by brass and metal, two distinct styles of cuckoo clocks emerged from the Black Forest to dominate the market: the “Bahnhäusleuhr” or “rail house” ornament. and the “Jagdstück” meaning“hunting” clock, featuring elaborate hand-carved nature scenes and ornamentation adorning the simple case.

So why a greeting? The common cuckoo, native to Europe, has long served as a natural taleteller, a welcome harbinger of spring whose familiar call signifies the beginning of a new season and warmer weather.