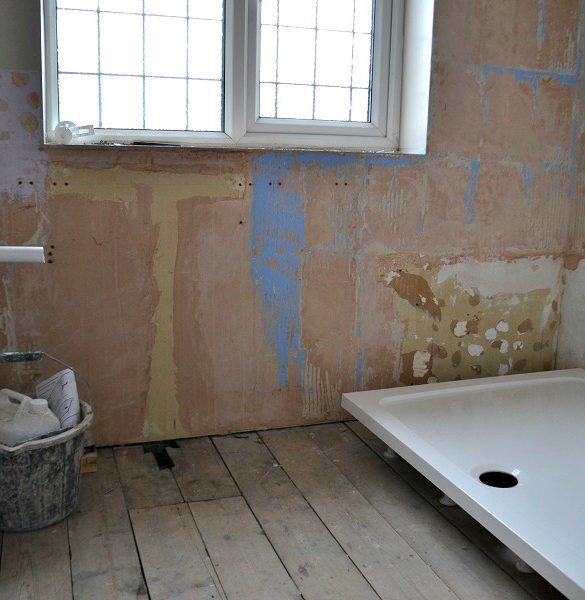 The guys started work on our bathroom to shower room renovation this week.  So I thought I’d show you how the work has been progressing.

We began with a compact bathroom featuring a corner bath and vanity sink, an old radiator and electric shower over the bath (the toilet is across the landing in a separate cubicle in case you were wondering).

So let’s start with some ‘before’ pictures… 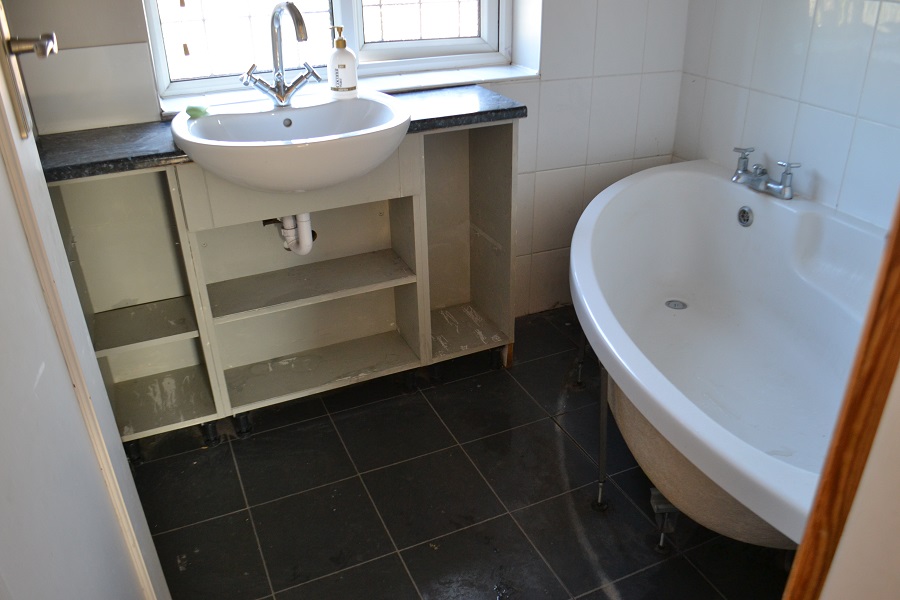 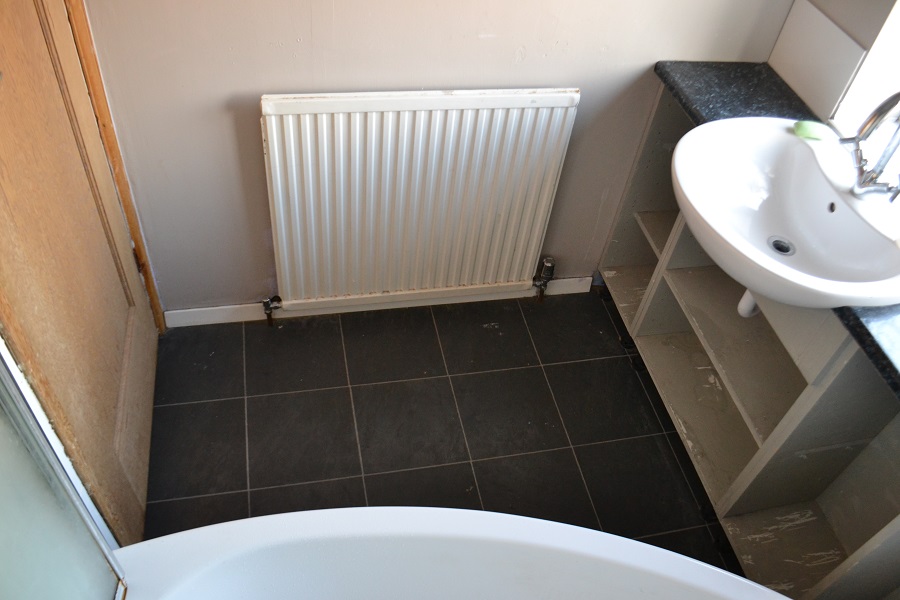 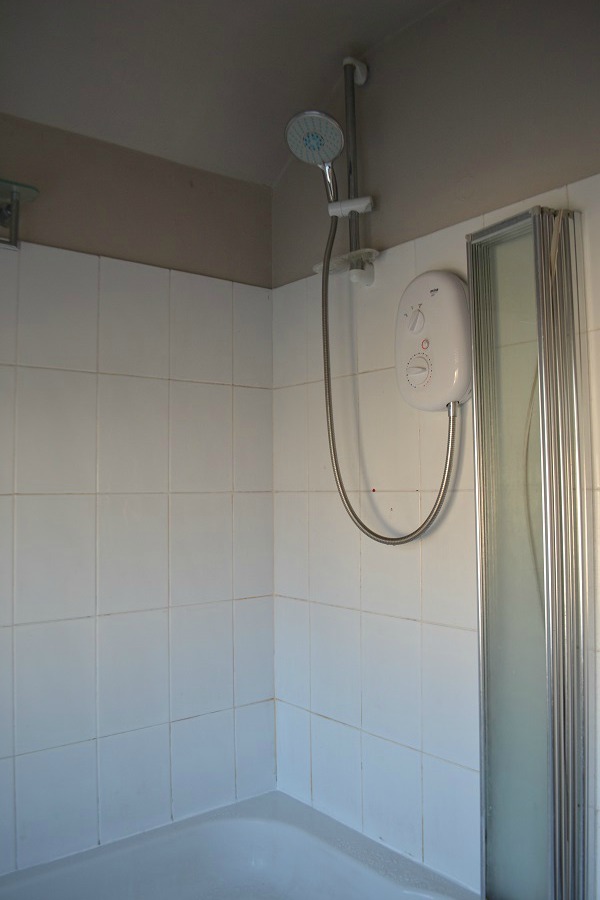 On the day the work started, all the old fixtures and fittings were removed really quickly – bath, radiator, sink, the tiles.  I thought that once the large corner bath was out, the room would look bigger, but in fact the opposite was true. 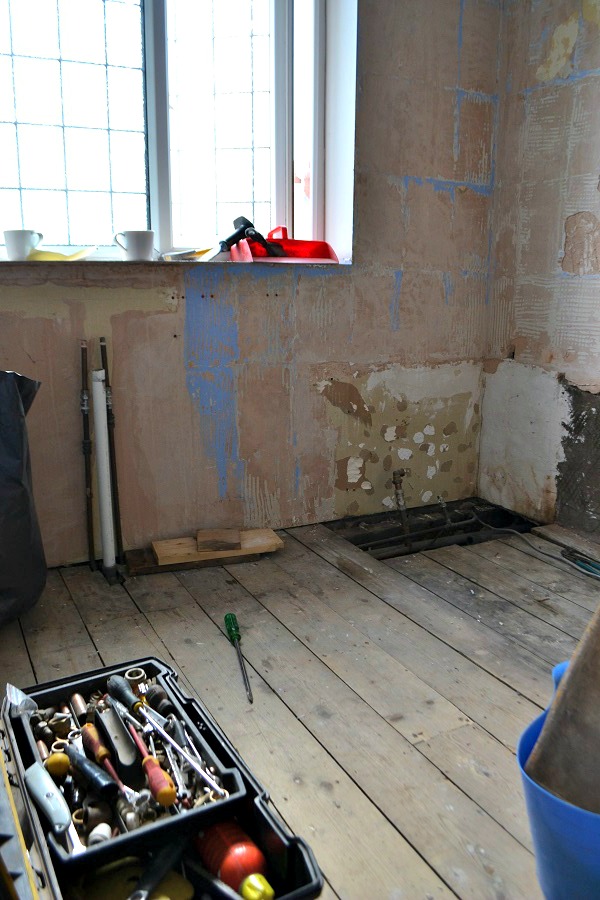 I stared at this tiny space where our big bath had been and couldn’t think how it had even fitted in! 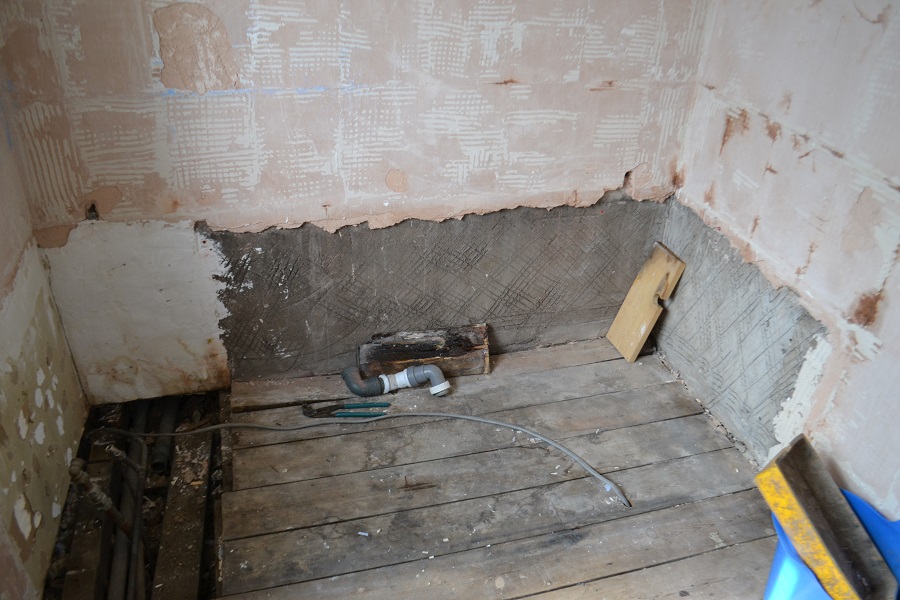 Meanwhile the new 1200 x 900 shower tray that was propped up in our hall was looking massive.  I know we wanted to go large with it, but it did look awfully big! 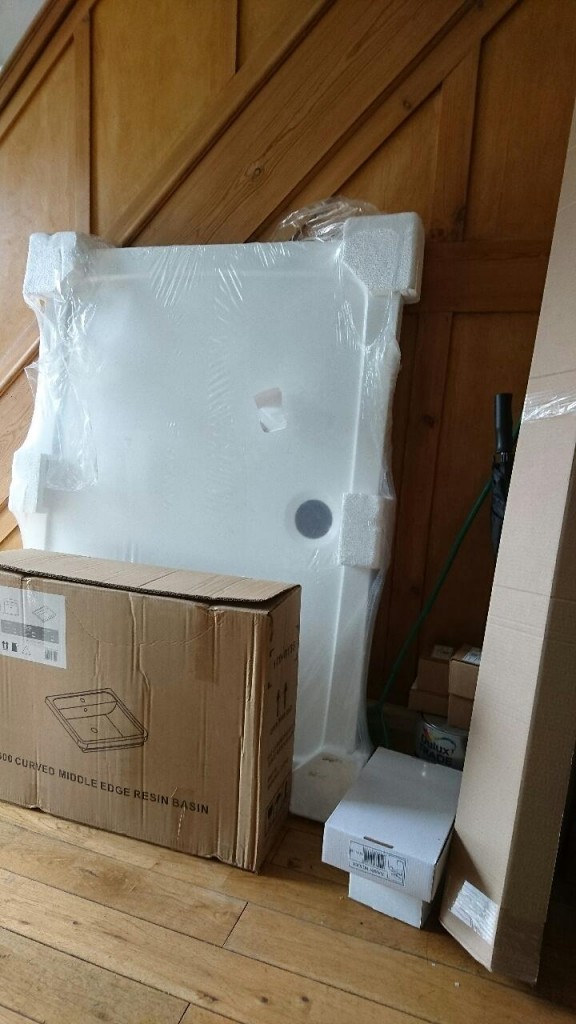 However once it was put into place it looked good and I’m glad we didn’t skimp on the size of it and go for a skinnier tray.  You’ll notice some little feet under the tray.  You can lay the shower base flat on the floor, but having it raised slightly enables easier access for any repairs, should they be required further down the line.  We don’t mind a small step up to the shower base, so went with that option and ordered a 1200mm Shower Tray Panel Pack from Bathroom Takeaway. 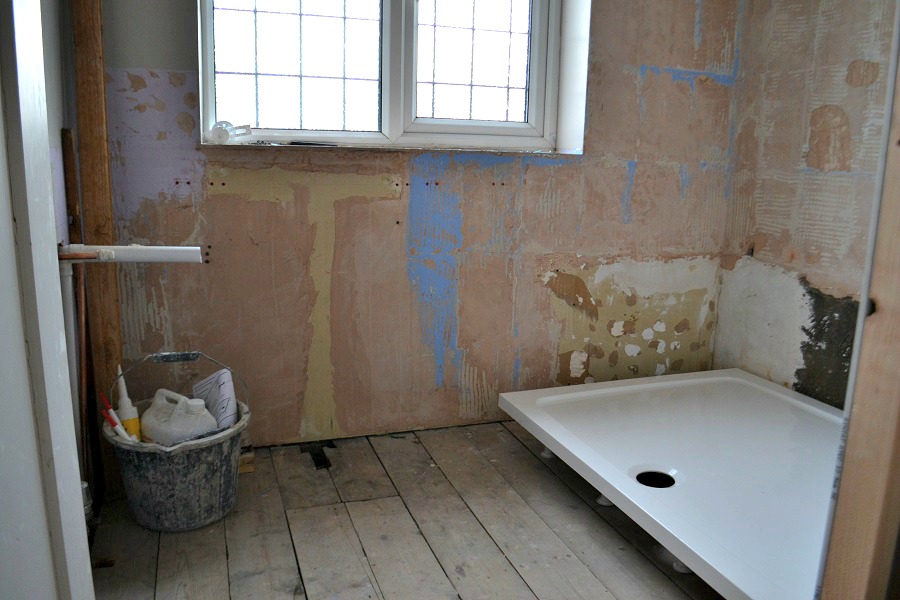 The pipework was moved around and sorted next, to allow us to have this wall mounted vanity unit (previously the pipes for the sink came through the floor) followed by the stud wall being built.  This wall would enable the shower workings to be concealed and provide a bit of useful storage space (both behind it, with shelves as well as a couple of alcoves on the shower side). 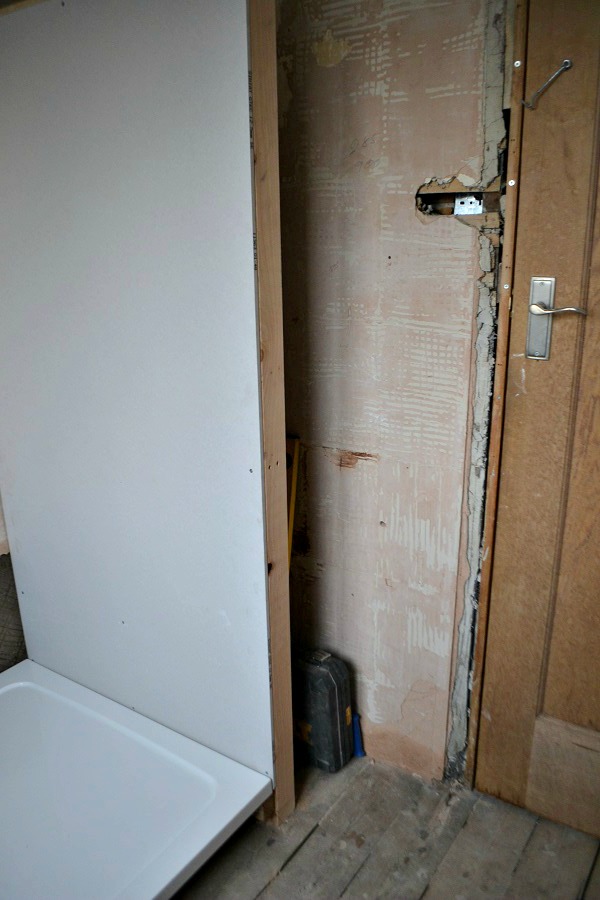 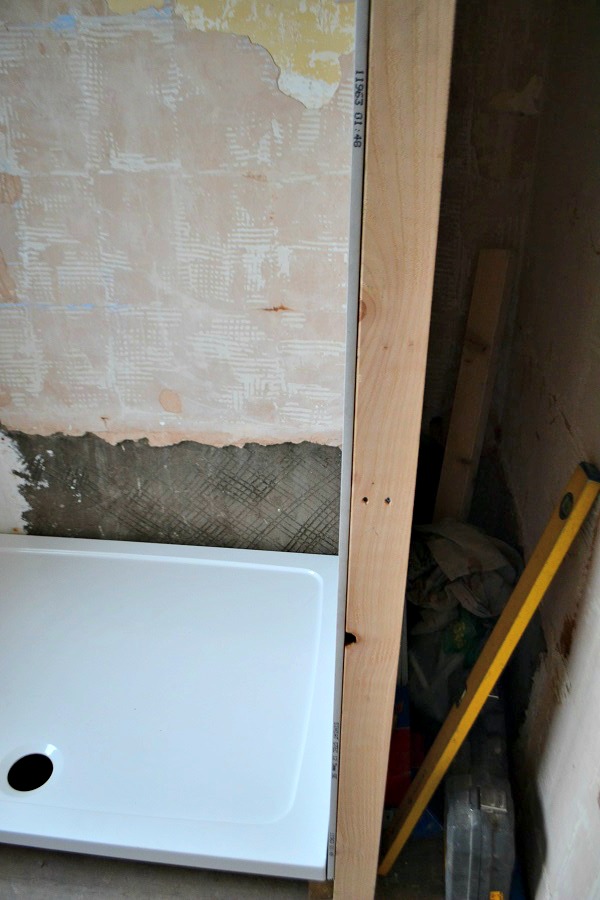 At this stage the ceiling was also lowered, as we had that funny roof detail to contend with, so in terms of tiling it would be much neater and more straightfoward. 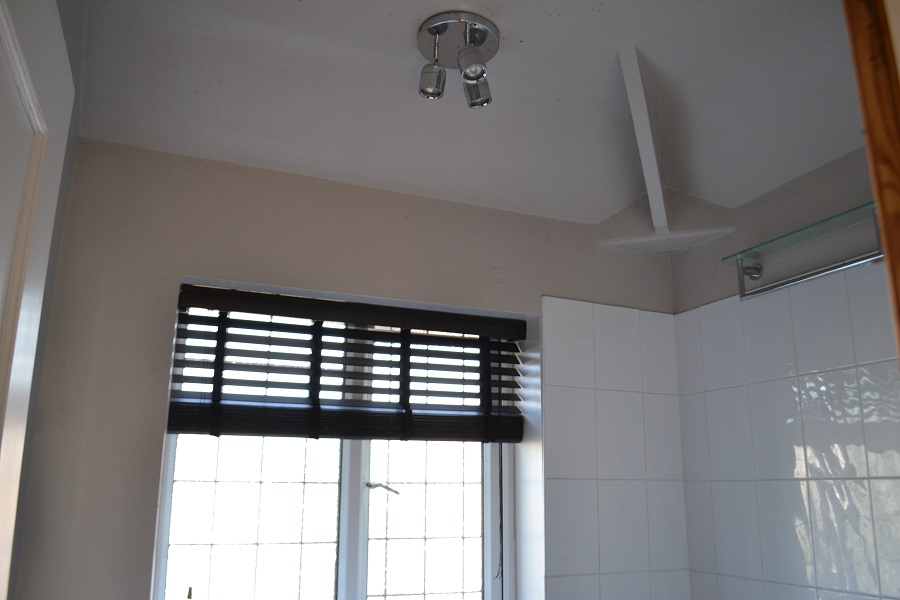 I hoped the room wouldn’t feel more closed in with the lower ceiling, but it really doesn’t.  It will also mean we can have some spotlights fitted in the ceiling, as our central light fitting wasn’t very bright. 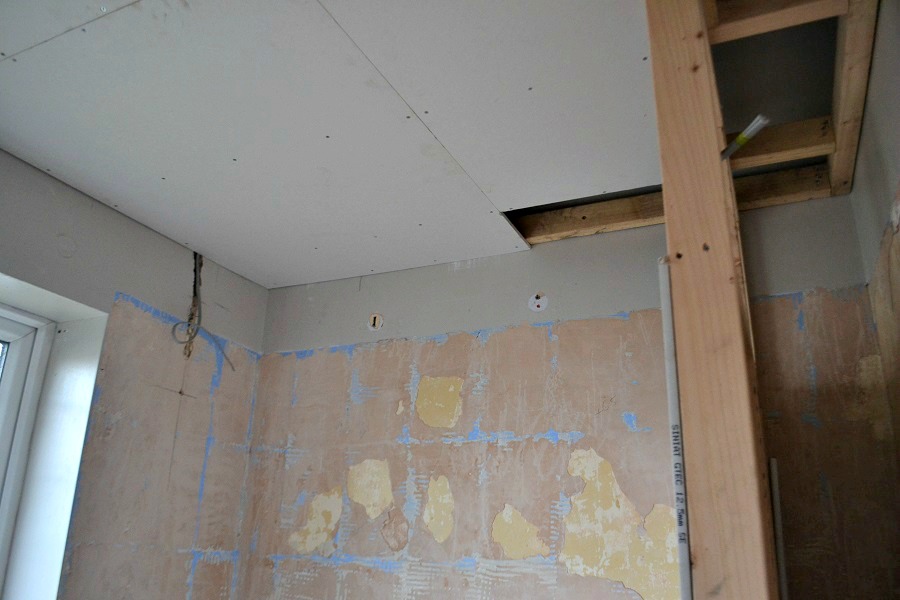 Next up the tiles could start going on the walls. 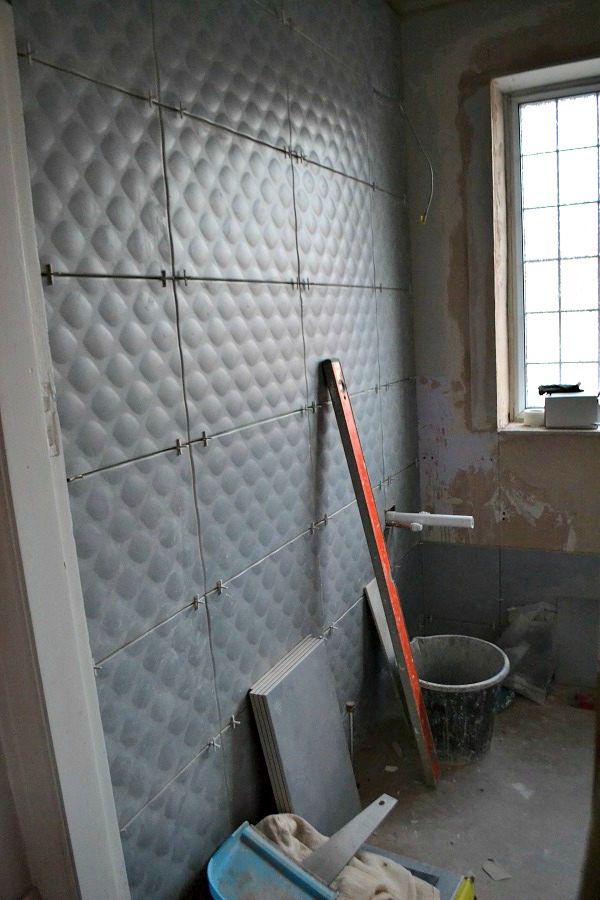 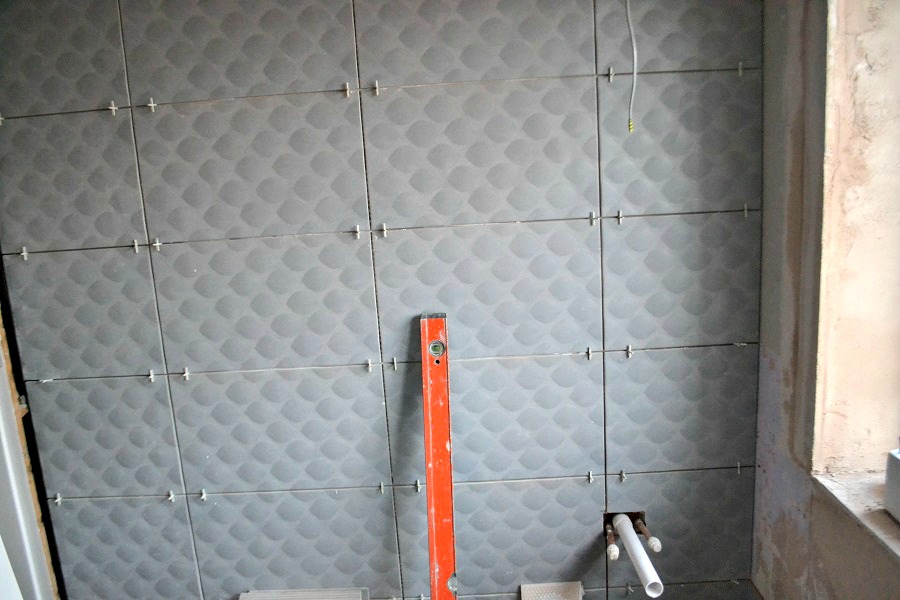 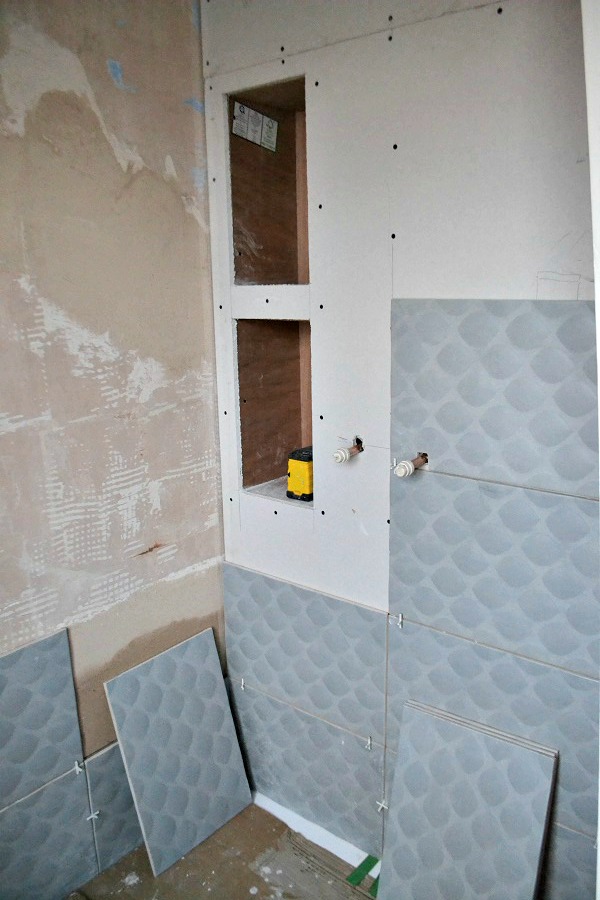 So that’s where things are; I’ll be able to show you more very soon with fixtures and fittings being put in, before the final reveal.  Watch this space!