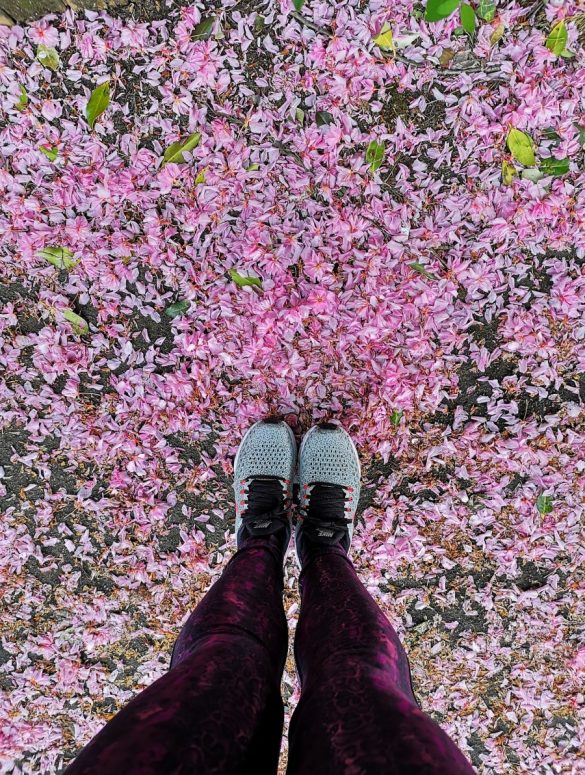 30 Day Run Challenge: What it’s like to run every day for a month

I recently embarked on a 30 day running challenge with my friend, Lisa and the question we probably got asked the most about it was, ‘Why..?!’ 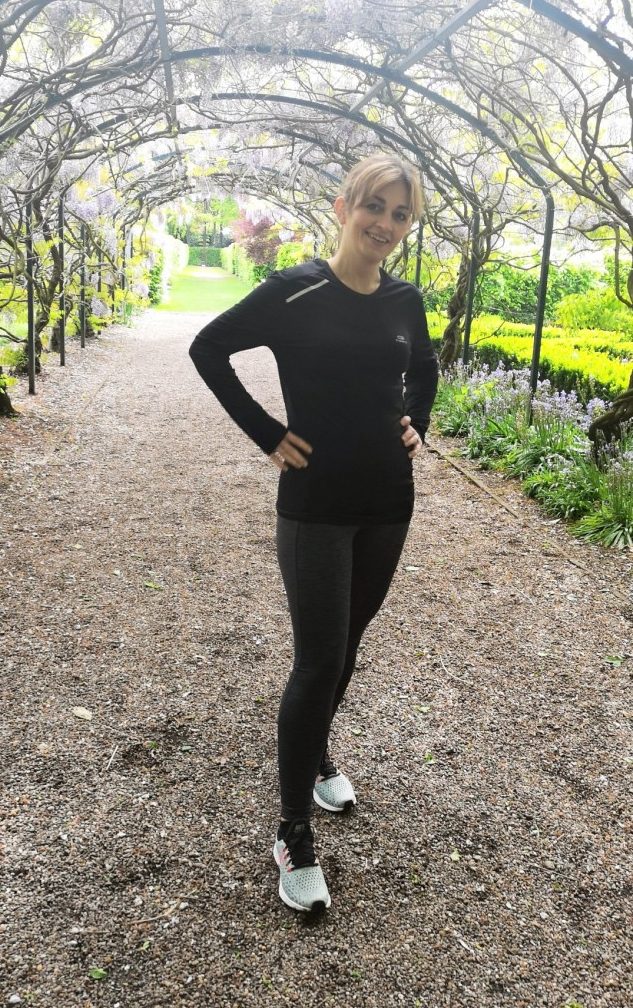 It’s a fair question, really… It began with a conversation we had about people who had managed to run every single day for a year. That seemed quite ambitious, but maybe we could try doing it for a month?

I was pretty apprehensive about it. Although I’ve been running a couple of times a week or so for the past two years, I’ve never been the athletic type and had only just about recovered from an achilles strain. I thought at my age I needed a day’s rest between runs, really. But at the same time I was quite keen to challenge myself (having a tendency to shy away from anything I considered ‘too hard’ normally).

Perhaps the consistency would improve fitness and instill a good routine going forwards – after all, if we could accomplish this, surely 3 or 4 regular runs per week wouldn’t seem out of the question. I figured I could only see and if my 47 year old body said NO! then at least I’d tried.

We scheduled our runs around work commitments and only ran a few separately, when our diaries kept us apart. I found a chart that we could print off to count down the days and it looked daunting. We decided to keep the distances around 5km or less each day to hopefully avoid strains.

Although this was not at all about weight loss, I did weigh myself at the start just out of curiosity to see if running daily made any difference.

During this time, my dad sadly passed away. Although he was poorly and had been for a while, it was extremely difficult. But I felt like I wanted to carry on with the challenge ad I think it helped me in a way.

I kept a bit of a diary and here’s what I found during those 30 days:

Because I’d never run on consecutive days before, I was a bit preoccupied, worrying about getting an injury. By our fourth consecutive run, my calves were pretty achey and lower back niggling a bit. I was so tired, I felt like I could fall asleep in the kitchen making dinner. I was in a bit of a negative mindset at this stage because the wall chart showed sooo many days left.

On Day 5 I woke up in a more positive mood and although I still ached, I felt a run was possible. We kept it short at 3.6km but it felt hideous. Breathing tough, couldn’t talk. Still, we did it and I even went to a circuit training session in the evening. On Day 6 I did a class in the morning that concentrates on strengthening the core. I felt the benefit of all those resistance band stretches and was ready for run number 6. 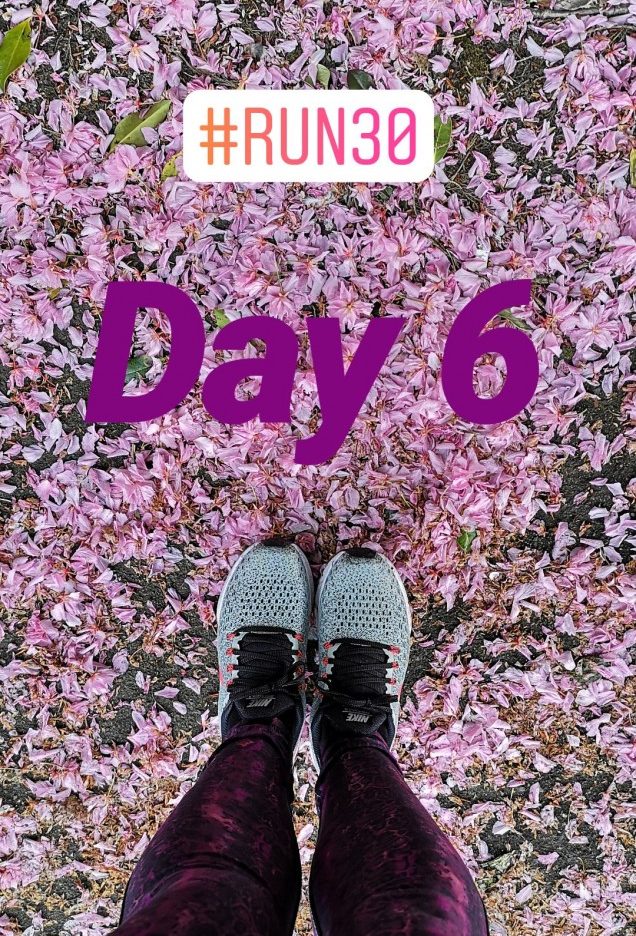 By day 10/11 I had kind of got used to the idea of going for a run every day. (It’s weird how quickly something can become a habit.) My lower legs still hurt, so afterwards I used a foam roller on my calf muscles. My ankle wasn’t 100% but I was strengthening it with heel dips on the stairs and, although sore, it didn’t feel like I was making it any worse by running on it.

Yes – still with the sore legs! This had become the norm, but mainly in the mornings (when I adopted an old lady shuffle) and straight after a run. But I also felt like they were recovering better between sessions. Feeling fitter already, my calf and thigh muscles looked pumped up and I could feel some glutes. I was also hitting a few personal bests on the roads I’d run lots of times before, so speed/stamina had improved.

On Day 18 we ran a pacey 5km run around our local water park and both agreed that it was actually enjoyable! I felt capable and strong that day, grateful to my body for being able to do this.

By this stage it felt totally normal to fit in a run each day. The washing machine always had running gear in it. 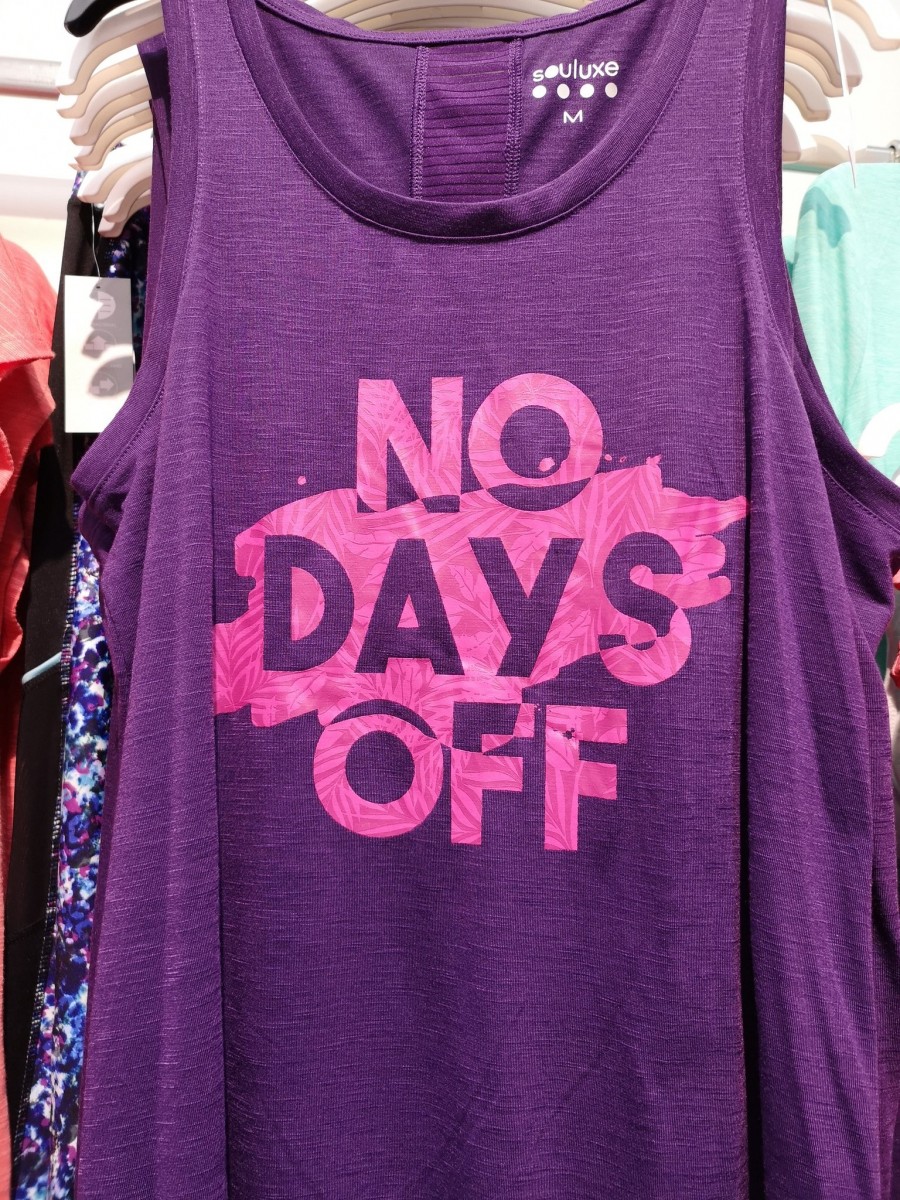 Throughout the whole challenge there were maybe only 3 or 4 runs that felt much harder than the rest. One particular day I struggled, to the point of feeling sick, was day 19. It was strange that the day after our really positive run, I was hot and uncomfortable and everything just felt really off. A short while after I got home, my mum rang with the awful news that my dad had suffered a cardiac arrest and passed away. Unfortunately he had become very frail and poorly since Christmas with advanced Parkinsons Disease and was only just back home from a very long hospital stay. Although I knew his health was deteriorating, it still felt like a terribly sudden shock at the end. I’d been talking to him about the running challenge only a short time before he died. He was proud of my achievement, so I said to Lisa I really wanted to carry on to the end of the challenge if I could. There were still 11 runs to go.

Having just lost my dad, the daily running took on a new significance. I think it gave me something positive to focus on and these sessions in the fresh air, talking to my friend who was a great support, really helped me. I found a sense of purpose in running at this point in time – I’m sure it kept me calmer and held the stress and strain at bay a little.

Looking at all our completed runs on the wall chart, with only a few more to go, was a very bittersweet feeling. Before we knew it, we were here: 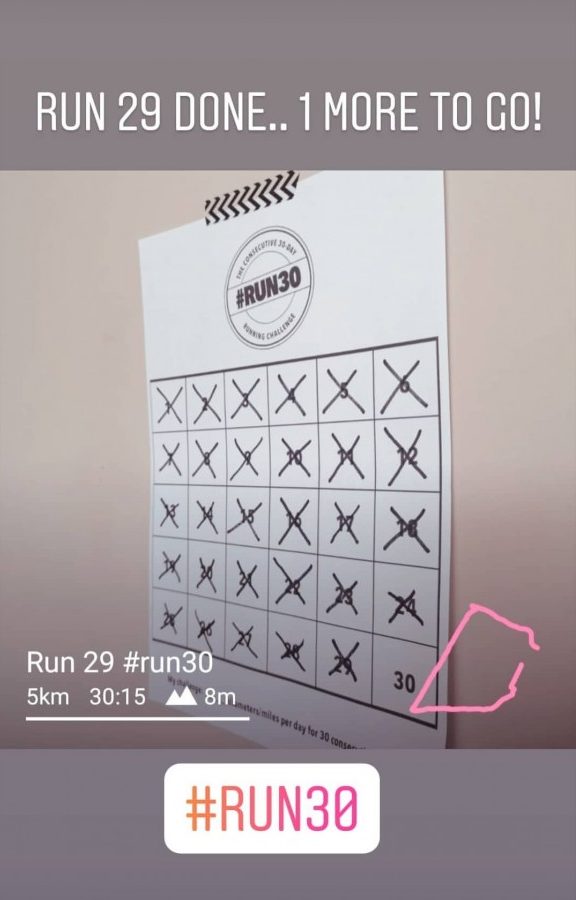 Reaching day 30 felt like a brilliant achievement – I couldn’t believe it had finally arrived. We asked a runner on this bridge if he’d take our photo to mark the occasion. We did our final 5k and then headed to the pub straight after for a well earned glass of wine. 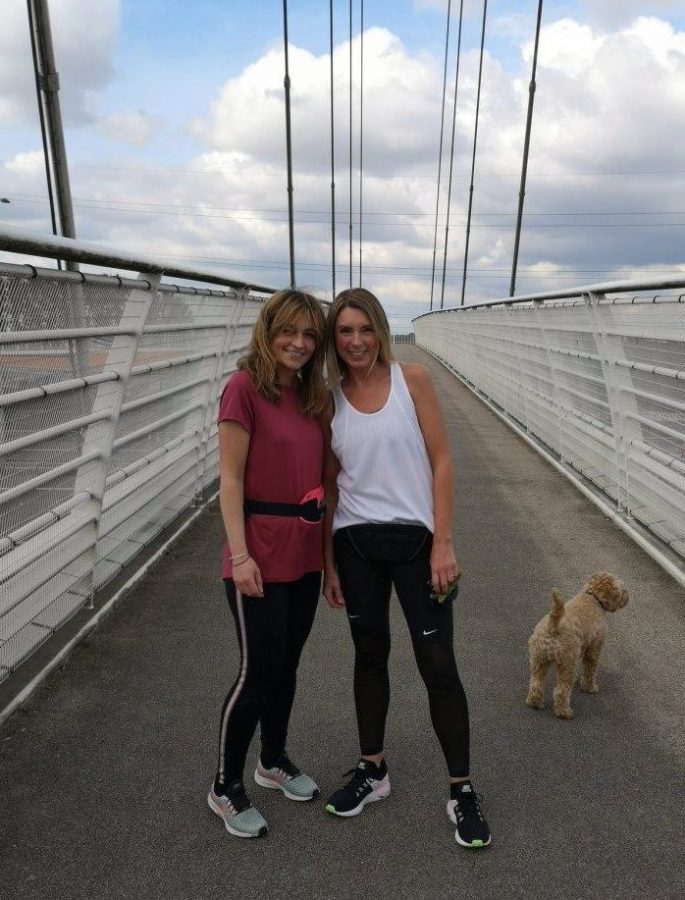 During the challenge I felt hungrier some days and ate more than usual. I was ok with that though as it wasn’t about calorie counting; I figured I needed the extra fuel. By the end, I had in fact lost a bit of weight, 4lbs. But the main difference I noticed was how my body had toned up and I don’t mind admitting that seeing the physical changes was encouraging. We’d covered about 130km in total and I was impressed with what my legs had achieved, as I’d never given them much credit before!

My friend and I each got a personal best doing Parkrun a week after our 30 day challenge, so it felt like all that extra effort had paid off. Having never ran 5km in less than 30 minutes before, I did it in 28.5 minutes. 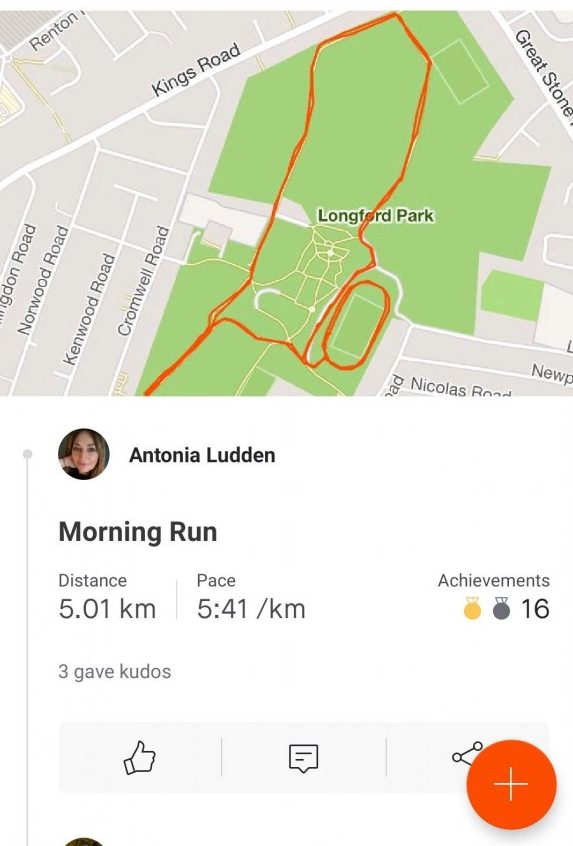 It’s a couple of weeks since the challenge and I have run 3 x per week, which I hope to keep up. Would I recommend this challenge to you? Definitely – if I can do it, you can.

Would I do it again in the future? Well maybe… just not for a while I guess!